Architecture principles are ground rules by which we develop our software. This ranges from ways of working to styles of coding, from software decomposition to business compliance, from infrastructure choices to security implementations. As you can see, it covers pretty much everything related to the development of business value, online, offline and internal.

The typical SOA application landscape is defined by services. Through service orchestration the behavior of (online) services is implemented, business value is created. A service consists of two parts; 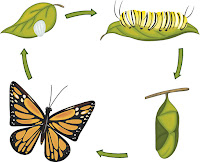 Both components have their own respective life-cycle. Resulting in a situation where through time the implementation of a service is evolving typically to support evolving non-functional requirements. For example to evolve from a relational database to a NoSQL database. Or from home-grown development to the use of an online service. Analogous, the service interface can evolve over time as well, typically because the resource it represents evolves over time. For example the amount of data captured about a customer can increase over time from just a name and number to also include an email address, date of birth and marital status.

Keep in mind that the service interface is a contract, it is not just the technical procedure/function call or the URI to access the service, but also the description of the input and output values. Their constraints, limitations etc. Hence the reference to 'behavior' in the text above. For more on behavior see my post Oh Behave! How JIRA turned into a Veggie Salad.

Since a service doesn't know about its consumers, the Producers make no Assumptions about Consumers Principle, it is unknown what the consequences are of changing the interface of the service. And therefore it is impossible to quantify the impact of such a change, hence the viability of that change is extremely hard to define. So the interface can not change, or rather, changes to the interface may not impos an impact on any of the consumers.

Consumers must abide the principle of 'Unknown means ignored', hence any information in a resource that is unknown, should be ignored.

Your API versioning is wrong, which is why I decided to do it 3 different wrong ways
VERSIONING REST WEB SERVICES
Versioning RESTful Services
Posted by Arc-E-Tect at 2:32 PM No comments: