Principles of the API-First paradigm

API's are weird puppies. They've been around since forever and whole battles have been fought in courts to gain access to API's. This was in the old days when having a platform with an API for 3rd parties to develop for your platform meant that you had a lot of leverage over those parties. Not providing early access to them meant that they would be late to the party and all the sweets where already shared between the early guests. Having an API meant having power. Not providing access to your API resulted in lawsuits because you were a monopolist, using your position as the platform owner to bully your competition into obliteration.

Nowadays the situation is completely different. Having an API means having a future. Nowadays to survive as a business you need to have a platform, which in turn means you need to have an API. Unless you have an API, one that suits the needs of 3rd parties and that is easy to use, you're doomed. You'll be just an Application Vendor, and toast before you can say "I wish I had built a platform". An excellent book on the topic is "The Age of the Platform" by Phil Simon. 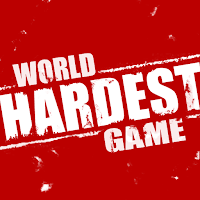 As you can read in my previous post, API's are the hardest thing to develop. It always helps to have some guidance when you're up for a difficult task, and often principles help you getting this guidance. There're quite a few other guidelines out there on the interweb that are more than helpful. Below are 5 principles of the API-First paradigm. Followed by 5 derived principles and at the end of the post, I'm listing a couple of more than interesting resources on API design.

One final note before I go into the principles. An API is not much more than an interface into the depths of your platform. It discloses your platform and makes it possible for others to leverage it for their needs. It is therefore critical to have comprehensive documentation for your API. Now comprehensive doesn't mean that you need a big fat document describing everything you can think of that might be remotely related to your API. Typically you will need to document the technical interface of the API, i.e. the call signature of the API, including the input and output parameters of the API. 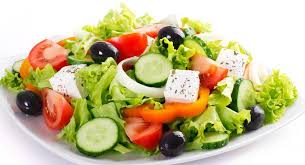 In addition you will want to document it's behavior exhaustively, i.e. only develop the behavior your documentation mentions. It makes perfect sense to use BDD (Behavior Driven Development, see my post on the topic) for this purpose. By doing so, your users know exactly what to expect from the API and it allows them to create stubs that behave the same as your API without the need to have access to your API's implementation. Finally it helps to have a simple example on how to use the API without making any assumptions as to why one would use the API. This could be through showing the relevant cURL statements.

Principles of the API-First paradigm

The API is the product.

It is owned by a product owner, and the responsibility of a product team. A team is responsible for it, from cradle to grave. This team is responsible for managing and ensuring its proper operation. Don't consider an API as part of another product, something that's a by-product, because it means that you won't treat it with the proper dignity and soon you'll find yourself alienating from your users.

The API makes no assumptions about its Consumers.

It is robust and resilient enough to thwart of any consumer with bad intentions as well as ignorant ones that have no clue about what they're doing. All this without compromising the service level to all well intending consumers. Mind that in most cases you're working on an API while making assumption as to who and why they'll use your API, only to find yourself in a situation where your users are all but the ones you envisioned, and all using your API for completely different reasons than why the API was created in the first place.


The API is suiting the needs of the Consumer 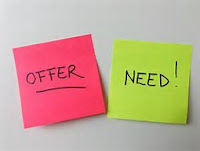 The API is developed only when there is at least one consumer and it is tailored to suit this consumer, by this the API is creating business value through its consumer. Don't be so arrogant to develop something that's supposed to be an API without having at least one consumer lined up to actually use it and tell you how great it is. Apart from the fact that working on something that is not being used is a complete waste of time, it also means that you're not really understanding the fact that you should not make any assumptions about the API's consumers. No assumptions at all.


The API is built to last 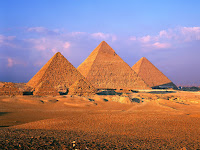 An API is never breaking compatibility with its consumers, although it may rely on the paradigm of 'Ignore what is unknown' to allow for extending the result. API's, other than the humans that build them, never break a contract. Period! This is to say that they will respect contracts, will have addendums to the existing contract, or in those cases when the API, which is after all a product, is no longer adding value, they will void the contract, but obviously respecting the contractual notice period. On a side note, it is fair to assume that its consumers abide by the convention that they'll ignore what they don't understand or know, hence the fact that you can add addendums to existing contracts without actually breaking the contract.


The API is idempotent.

At all times, in any situation, always. It doesn't matter what you do, how you do it or when you do it, when you call an API it always behaves exactly the same. Meaning that its result is always the same and therefore perfectly predictable. The order in which API's are called doesn't matter, as long as you put in the same values, you will get the same results.


Architecture principles for the API

The API is clear in its error reporting

Errors are either caused by the API implementation, the API consumer or something unexpected. It makes perfect sense to stick with the conventions of HTTP errors, why invent something new, when the existing is fitting your purposes perfectly. But whatever you do, make a clear distinction between these three causes for errors.


The API is always managed.

An API can be managed independently from;
Technical level, i.e. it can be accessed securely and consistently throughout its lifespan -> Scalability, Availability, etc

Application level, i.e. consumers can use the API based on a published interface that is behaving per this interface -> Interfaces, authentication/authorization, etc.

Functional level, i.e. users of the consumer can be provided access to the API based on the agreements made -> Throttling, metering, monitoring and reporting, etc.


The API can be implemented independently of its interface;

They are truly decoupled. Multiple implementations can co-exist and determining which implementation to choose for each individual call can be context driven. Mind that the interface should be technology agnostic, or at least as much as possible, and in no way should the interface disclose anything about the implementation other than that it should explain how it behaves.

The API is technology agnostic.

The interface can be called by a consumer of any technology without any assumptions of the technology used in the API implementation, and vice versa. This is pretty much an extension of the previous principle, but important enough to mention explicitly.

The API is used by the team responsible for it in the same use cases as the consumers for which the API was intended; "Eat your own dogfood" paradigm. Always make sure that in case you need functionality that one of your API's is providing, you're calling that API yourself and making yourself dependent on the API. Only this way you understand your API, and more importantly you'll be very cautious about how you treat your API and therefore how you treat its users. After all, you'll be one of them.