"We develop our frontends in Angular" is not an Architecture Principle 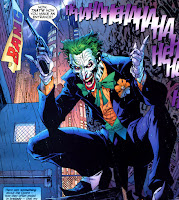 Did you ever hear that story about that architect who was telling the developers how to develop their solution? Badabing, badaboom!!!

Yeah, I know it’s a bad joke, there’s no laughter there. I better not aspire a job as a standup comedian. Thing is though that there’re still plenty architects out there that are not only defining architectures, but also tell the developers how to develop that architecture. It amazes me why this is the case.

I know that not that long ago I told you to ditch your architects when they are busy creating roadmaps. But actually you shouldn’t because there’s a real legitimate reason for defining roadmaps. The reason being that they’re an excellent tool. So ditch the architect when roadmaps are what they deliver, because those are the ones you want to get rid of.

Now there’s another breed of architects out there that I have a hard time to understand. I really think that architects should be architecting. That’s what their roles are, just like developers should develop. People should be doing what they’re supposed to do, and preferably spend some time outside their boxes while thinking about what their job really is.
For an architect, the sole raison d’etre is to have answers when asked questions and at the same time be enigmatic. Well, maybe that last part should translate into being helpful to whoever is asking the questions to get the answers themselves.

The architect, as I see it, is the one that defines the boundaries within which the developers can act freely while being confident that there’s no harm to the overall integrity of the enterprise or the organization for that matter. The strength of the architect, the real power, is that this can be done by defining Architecture Principles. These are extremely powerful because you can link them directly to your organisation’s mission, vision and strategy. Well if you can’t than you should reconsider your principles. But if you can, you’ve got your business justification for your principles and you won’t need to define the business value of those principles either. But just like any power-tool, they’re not trivial and to formulate the right principles you really need to be ready to spend some serious time. Furthermore, you need to limit the amount or principles to a maximum of 10, just like the 10 commandments. More will be hard to remember by heart and live by, which is what you should expect from your developers. Less is better, but beware of the fact that you should cover all the important bases in your environment.
There’s another tool that’s really powerful, which is the reference architecture. Which in fact is a model, one of the good kind as you can read here. A reference architecture is a model of an application that meets all the architecture principles. But beware; It’s a model, not an architecture! It’s a visualization of what the architect had in mind when he defined the set of architecture principles. And more importantly, it’s one of many possible models.

Ah, so what about the joke, the bad one?

Well, there’s this group of architects that don’t understand the difference between architectures and models and instead of defining architecture principles and reference architectures, they tell the developers what and how to develop such that they comply with the principles.
There’re some serious problems here. For one, the architect omits the definition of architecture principles for whatever reason. Likely because it’s too hard, or they don’t see the benefit. Shame on them! Then there’s the case where the architect ignores the fact that the developers are very likely more proficient in developing than the architect. Oh, and let’s not forget about the fact that architecture principles are almost timeless, or at least stick around quite a bit longer than the typical technology, tool or framework. Yet, this architect dismisses this simple fact of IT and at the same time doesn’t keep the construction manual, because that’s what it is, in line with the current state of IT affairs. 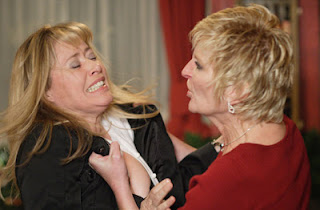 For example, I discussed a couple of years ago, where ‘discussed’ is a euphemism for ‘verbal fighting’ with some fellow architects in some kind of architecture board that it made no sense to dictate that a multi-tier architecture should always be deployed such that each tier should be on separate infrastructure. Instead the application should be complying to the fact that data access logic not to be mixed with business logic nor with presentation software. Sometime ago I had a discussion, which was a real discussion, about whether or not we should define in reference architecture that either Eclipse or Visual Studio should be used for coding. Uhm, I think not, thank you very much. And yes, this was a real discussion.
There’s the discussion about what part of an application is developed in what programming language? We had the discussion at a startup I was Chief Architect at. Guess what, the developers made those decisions, I just stated the principles that I wanted them to comply with.

So what it actually boils down to is that architects need to govern, and that should take up most of their time. They should safeguard the integrity of an organisation’s IT landscape and make sure that in all cases the applications or rather the products in that landscape can comply with the architecture principles. The architect should promote and facilitate an unambiguous way of working among teams. The architect should also be concerned about an ubiquitous vocabulary within the organization when it comes to business and that it is translated by IT consistently. 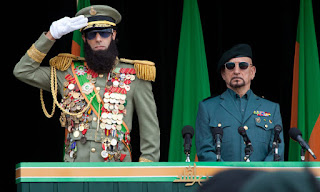 The architect should not dictate that a particular programming language to be used, that a particular infrastructure is to be deployed to or that specific tooling is to be used. And in those cases where there’s a good reason for the architect to do this anyway, than it should be implied instead of explicitly dictated. In case all development is to be done in Java, the architect should ensure that only Java developers to be hired. In case everything should be hosted on Amazon AWS, the architect will have to pave the way for the teams to use Amazon AWS, making it the favorable option for the teams of the many hosting alternatives they can choose from.

As you might have guessed here, is that the architect I’m referring at is the enterprise architect or domain architect. Definitely not the application architect or the solution architect. The latter are both very much there to device a solution for a problem. They’re more like designers than architects in that sense. Which brings me to another little piece of personal amazement. Why are there so many large organisations that have domain architects on enterprise level whose domain has nothing to do with the business, but are strictly technical? Probably this is some remnant from the time that we considered IT to be a cost center and centralization of IT was the holy grail for many a CIO. Nowadays where we see IT as a product, something that is not just setting us apart from the competition but an actual product, there’s hardly any room for the these architects, at least not on an enterprise level. They should be working closely with products teams from the same product portfolio. Become Product Portfolio Architects, safeguarding the integrity of the IT landscape of the portfolio. Is it a demotion? Definitely not, it just means that they’re relevant again. 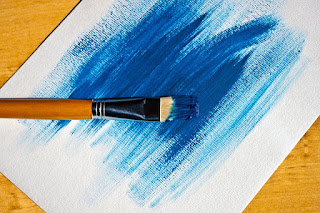 To paint a little context here, I’ve been that architect I’m complaining about. Emphasis on ‘been’. I enjoyed the technology too much to let it go, but as the domain architect I wasn’t allowed to work on the software, so all I had was telling the developers what to type. Initially I got away with it, because I was at least one of those architects that actually could still code. But really soon thereafter it became apparent that I hardly had enough knowledge or experience to really do the work. To me that was a real eye opener and I had to good fortune I was working with people that didn't hide the truth from me. They expertly conveyed to me that yes I was more than a decent architect, but as a programmer I really wasn't up to it anymore. And as much as that hurt at the time, it allowed me to focus on architecting. I still code, because I still think I need to be able to understand and to know that things might work. But as an architect, especially in an agile world I find myself more and more facilitating, communicating and coaching. Working 3 sprints ahead of the developers, not because I'm that a fast thinker, but because being an architect I need to be able to set directions. Let the team worry about how to get to our destination, be their own satnav system, and me the architect am more and more the person controlling the system's settings. Controlling whether or not to allow ferries, toll roads, to prefer back roads, go for the scenic route or the fastest or most economic route. 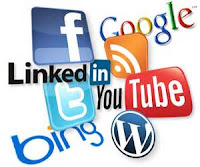