This is why the Dutch make the best Chief Architects... 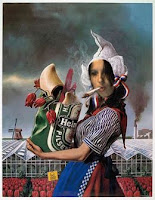 Last Wednesday the Dutch had to perform their civic duty and vote. You may or may not have read about it, but it inspired me to post about why the Dutch make such awesome IT architects, and why your Chief Architect should be Dutch.
Having a Dutch Chief Architect, or even just architects, in your organisation will ensure that there's going to be synergy. That you'll be able to benefit from something like a collective mind. That you will have a strong person that is able to bridge gaps in culture and break through language barriers.

Why the Dutch are the best architects out there... 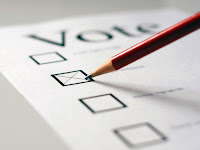 ... Last Wednesday the Dutch had to perform their civic duty and vote. You may or may not have read about it, but it inspired me to post about why the Dutch make such awesome IT architects, and why your Chief Architect should be Dutch.

I could end my post right there, because I mean, it's obvious isn't it? But just in case you're not too familiar with the Dutch let me explain.

First of all, architecture and being an architect is all about communication. It's about explaining what you want to achieve and why you want to achieve it. And the trick here is that the architect needs to ensure that there's buy in throughout the organisation in such a way that everybody is not only on board, but also convinced that it is the right direction in which the architect wants them to move.
The Dutch do this by nature. It's an essential part in the Dutch culture to work together and get onto common ground. The Dutch call it "Polderen". It's a Dutch trait, and only the Dutch know how to do it.
Here's the deal, with the latest election results, it's very thinkable that it will take up to 4 different political parties to form a coalition that has a majority in the parliament. And the Dutch are not worried at all, because we're confident that although the different factions have very different believes, they will be able to work something out and rule the country. Form a government. 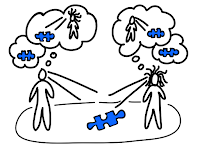 What the Dutch can do as part of their culture, an Enterprise Architect, and a Chief Architect ever so more, will need to do as part of their role. Get common ground, work with different powers within an organisation and ensure that the whole of the organisation will achieve its goals, meet its objectives, work together to implement the strategy. Who better than a Dutch architect is most suitable to perform this Herculean task?

Chances are that when your organisation has enterprise architects and a Chief Architect, your organisation will be fairly large and will have employees, vendors and customers from all kinds of backgrounds. Could be different ethnic backgrounds, different religions, different nationalities, different everything. Working with all these different people with different views, cultures, languages, etc. will be a challenge.
Again, the Dutch will be able to fit in immediately and work with them all. For one, the Dutch speak a variety of different languages. Of course they'll speak Dutch, but English will be there covered as well. And very likely they'll speak German and French as well. More and more Dutch children learn how to speak Spanish or Chinese in school. But on a linguistic level, you're covered when you're dealing with the Dutch. In addition, hardly any of the TV shows are dubbed, instead they're subtitled, so you can be sure that that Dutch architect you're now thinking about will understand the nuances of your languages, a fair amount of slang and sayings. 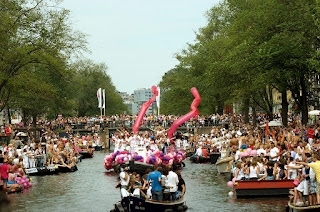 What's more, ever since the Catholic church started killing people because they didn't agree with how the Pope thought how life had to be lived, the Dutch took in those that fled from the Catholic raids and Inquisition. And more importantly, the Dutch embraced all these different nationalities, religions and cultures as part of the Dutch society. Not always without a fight or without amendments, but nevertheless, Dutch culture is to embrace other cultures.
Now think about different cultures within your organisation. For one you most likely deal with employees from all over the world, or at least different religions, upbringings and the like. But there's more. You must have noticed that those people from accounting think rather differently from them from legal, and the sales people are slightly different then the people working in IT. Still in IT itself you've got the developers and the operators that are different. However you look at it, you need somebody at the helm that you can trust with knowing how to deal with different cultures, mindsets, objectives, manners, languages and vocabularies. Who else than the Dutch architect can take this task upon himself?

Obviously the architect is all by himself, even when he's the Chief Architect, he'll be the minority. He'll be the few among the many. Heavily outnumbered. Under normal conditions, that might be a problem, but not when that Chief Architect is Dutch.
The reasoning behind this statement is quite simple. The Dutch know how to rule the world. Until not that long ago they ruled together with the British the Seven Seas. They, the Dutch that is, managed to become a global player although massively outnumbered.

Finally, the Dutch don't take anything for granted, but more importantly, they're a people that don't take just anything at face value. Instead of just mindlessly following orders, the Dutch will use their head and will stubbornly refuse to do something that doesn't make sense.

Having a Dutch Chief Architect, or even just architects, in your organisation will ensure that there's going to be synergy. That you'll be able to benefit from something like a collective mind. That you will have a strong person that is able to bridge gaps in culture and break through language barriers.

So yes, I think it's clear. The Dutch do make the best Chief Architects.