This is a series of posts regarding the topic of API's and API Management on Microsoft Azure. Not all posts in this series are directly related to Microsoft Azure and their implementation of API Management, that is intentional. The series also explains about API's, about creating API's and about what it construes to in order to manage them, conceptually and in reality. The reason for this series is that over the past 12 months I've come across many articles on the web, have been in many discussions and advised various clients of mine on this topic. Sometimes discussing with fellow architects, other times with vendors, still other discussions where with developers and managers. But the overall situation has always been that none of the people at the other side of the table had a full grasp of what developing API's in an organisation means, what it entails to manage them or what should be worried about when deciding to go API. I hope you enjoy reading these articles, and when you feel like it, comment on the articles. I always take serious comments serious and will reply to my best effort.

Applications are pieces of software that when combined they perform a business function. Typically, applications perform various business functions, but ideally each application provides access to a single business function. If you think of it this way, most of the software we traditionally know and see in our IT landscapes, what we call applications, actually has multiple applications. You can use this software in a variety of ways in a variety of situations to perform a variety of business functions. So the name 'Application' is incorrect but understandable.
As always, the cause of this misnomer can be found in history. Deploying software used to be a complex thing in the past as was software development and even more so developing software that communicates with other software. A ton of different concepts, protocols and technologies have emerged over time to facilitate the connectivity between different pieces of software. (Skip the next section when you're not interested in a short but incomplete overview of software interoperability)

Microsoft released (D)COM in the past followed by ActiveX. The rest of the world joined into the fray with the incompatible CORBA standard(s), there was RMI for the Java world and RPC for the C(++) world. Then we had other solutions based on message exchange in the form of MOM (Message Oriented Middleware) which was, more, protocol independent. Although MOM as a concept was awesome, the big vendors succeeded in ensuring that their products were not interoperable. And because most of the vendors realised their customers didn't really appreciate this, the ESB was invented. Again, it was there to make sure that pieces of software could interoperate and fix the complexity of our monoliths. ESB's, as we all know, are a big waste of time and money and by far deliver on their promises. I did write a post on the topic, which you can read by clicking here and I'll write a little update on the topic soon as many ESB aficionado's don't see this yet.
So after we started omitting ESB's from our IT landscapes but kept the ESB concept around, we finally found ourselves in a world that actually delivered on promises and was low cost; The Internet.

You can skip this part if you already know everything about web-services and are not interested in what I have to say about them. It's relevant, but not such that you can't skip over this section.

So web-services, both SOAP and REST-based, are interesting little beasts in our IT landscape. Web-services are the first real useful concept when realising an SOA. A Service Oriented Architecture. Based on Internet technology and therefore implicitly complying with all the requirements of an SOA.

And then there's the fact that web-services are accessed through a simple interface, the URL. So even in case you don't think about it, you're forced to limit the scope of what a web-service can do because you're limited to a URL. And although behind many URL's there can be a single monolithic structure, or you can use all kinds of different ways of encoding many functions within one URL, there really is no point in doing so, because working with URL's makes it harder to do things the wrong way than to do it the right way.
And the cool part is that this is true for even high level business functions that require a variety of (technical) low level web-services. On every level, working with web-services (almost) requires you to develop software that do only a single (business) function. As such, a web-service can be considered an application.

Web-services make it harder to do it wrong than to do it right.

When we look at API's, they're the interface that we put in front of some software to expose specific business functionality. Look at the previous post on the topic by clicking here.

API's are products. There's an intended full stop because in many ways people tend not to think that way. But really, an API is where the boundary of a system is. The rest of the world accesses that software system through the API. The rest of the world might be a user interface.
So if you think about API's being products, or possibly a set of API's being a product, you're on the right track, because you then understand that a web-service is not a product in itself, instead it is a piece in a product's puzzle.
Why this is important? Because the API developer has the responsibility towards the consumers of the API, ensuring that changes to the API do not impact existing consumers of the API and lure new consumers at the same time. A developer of a web-service does not have this responsibility. or rather there's a way out.

Remember that in a previous post I mentioned that an API does not make any assumptions about it's consumers. They're not known in advance and any assumed consumer is likely not the biggest fan. Web-services on the other hand do know their consumers. Or at least, they can be developed such that assumptions are made regarding the consumer. This is also the reason why there's a need for API management in some cases and no need at all in other cases. 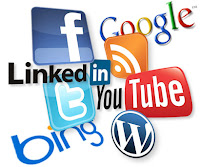 Thanks once again for reading my blog. Please don't be reluctant to Tweet about it, put a link on Facebook or recommend this blog to your network on LinkedIn. Heck, send the link to my blog to all your Whatsapp friends and everybody in your contactlist.But if you really want to show your appreciation, drop a comment with your opinion on the topic, your experiences or anything else that is relevant.