Let me spell out why Bimodal IT doesn't work

In short, in a Bimodal IT environment, both modes need to move at the same pace in order to optimise productivity of the organisation. Value is created by products in the hand of the user, not by parts on a shelf or piles of almost ready products. This means that unless all relevant information is exposed by the Mode 1 systems, the Mode 2 systems will adjust their pace.

There's no excuse to use Bimodal IT as an excuse 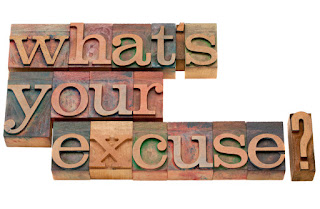 Bimodal IT is an excuse for those that just don't want to accept the fact that we live in a world where there's no one size that fits all and that's also a world where we need to live together instead of separately. So thinking that Bimodal IT might work is totally ignoring the fact that the old and the new together result in synergy, that the short term and the long term go hand in hand and that classic IT models like the ancient Change/Run division can co-exist with brand new DevOps way of working. We have to realise that in IT only in the binary system it's black and white, everywhere else in IT there're more than 50 shades of grey.

If you're a wondering about my view on Gartner's Bimodal IT model, you should read my post on it. It's available here.

Why this post? Because in the last week, although I've stayed home for a day and a half caught by the flu, I had several discussions with colleagues about Bimodal IT and unfortunately, they considered in an opportunity. Not an opportunity to bridge the gap between systems that have a short life cycle and those that have a long life cycle. Or rather, short and long delivery cycles. And to be completely precise it's about the time it takes to think of a new feature and deliver it to a user. One mode is considering long cycles, the other is considering short cycles. Or rather, one is assuming many features to be released over time the other just a few. Think about a core accounting system and its front end. Accounting doesn't change that much over time, possibly some compliance reporting, front ends change all the time. Browser changes, mobile devices, etc.

Back to my discussions. The most symptomatic was about "Bimodal IT is used as an excuse not to comply with the ancient and really seriously out dated processes in IT that are (to be) followed within this organization and I assume unwillingness to try to modernise the processes. By just simply referring to Gartner and their definition of Bimodal IT and stating that this is the exact situation at their organisation, some of my clients architects and project managers are implying that the processes only apply to what's running in the back-end and what they're working on, which is the front-end." [from my previous post]

It's the frustration about ancient processes and the requirement to comply with them that is causing this excuse to rear its ugly head. Fine, I can see this and since the organisation doesn't want to look into this and adapt its processes to become a little bit more 21st century, I can only agree to look for every possible reason not to stick with the old ways.

But here's the catch. Well, let's wait for a second here. I had this other discussion on the same topic. Now the discussion was about that Mode 1 systems need to be stable because they're the core systems, forming the backbone of the organisation. Keeping in mind the adagium "Never change a working system" they should be kept stable at all times.
Unfortunately, these systems exist in an ever changing world, so maybe they don't change, their context changes. And because they are so important, after all they're the backbone of the organisation, when troubles arise, they need to be fixed as soon as possible. High speed and high quality. In addition, you want to address issues as soon as they arise instead of queueing them up and apply in large batches.
It's the general misconception of the dinosaur; When you need quality, you spend a lot of time testing. I'll blog on that some other time, for now suffice to state that time and quality are hardly related. 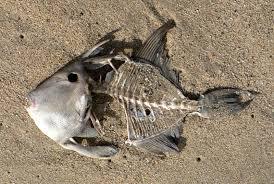 Than there was the catch. The catch being that Mode 2 systems are those systems that are changed very frequently. Possibly because a first iteration is brought to the user as soon as possible and new functionality added regularly. Possibly because a new idea is tested and dropped when failing or productised when successful. What most of these systems have in common is that they rely on Mode 1 systems, since that's where the organisation's biggest asset resides: Information. You don't want to change an organisation's information model too much, especially not when the information has been build up in years. Information from these systems are exposed, to be used by other systems, typically Mode 2 systems.
Mode 2 systems are new, by definition. They're implementations of never-thought-of-ideas, and therefore it is very likely that the Mode 1 systems do not (yet) expose the relevant information. Hence with the advent of the Mode 2 systems, the Mode 1 systems all of a sudden need to be changed, regularly, often, quickly, consistently. All the time maintaining a high level of quality.
There is no chance that Mode 2 people will allow the Mode 1 people to move at their own speed because that means they'll be moving just as slow. 'It's the slowest boyscout in the line' case.

In short, in a Bimodal IT environment, both modes need to move at the same pace in order to optimise productivity of the organisation. Value is created by products in the hand of the user, not by parts on a shelf or piles of almost ready products. This means that unless all relevant information is exposed by the Mode 1 systems, the Mode 2 systems will adjust their pace.

Decoupling not to the rescue this time

Mind that decoupling techniques like API's, ESB's, etc are not solving this problem. Interfaces are owned by the systems that implement them. No matter what method is used to define these interfaces. So thinking that there's an ESB, or an API manager or other decoupling technology will prevent the Mode 2 people to move as slow as the Mode 1 people is foolish.
Also, introducing a Canonical Data Model or some other data defined insulation layer will not help you either. In fact, that might, or rather will, introduce more complexity so will slow things down even more.
And let's be honest; Why would we need to insulate ourselves from working together. Understanding each other's contexts and limitations? Agile and DevOps is all about breaking down silos. Understanding that collaboration gets us further. And in the end we need to deliver products in the hands of the user. Having said that, there's no point in not changing archaic processes and apply some LEAN on them.