This is a series of posts regarding the topic of API's and API Management on Microsoft Azure. Not all posts in this series are directly related to Microsoft Azure and their implementation of API Management, that is intentional. The series also explains about API's, about creating API's and about what it construes to in order to manage them, conceptually and in reality. The reason for this series is that over the past 12 months I've come across many articles on the web, have been in many discussions and advised various clients of mine on this topic. Sometimes discussing with fellow architects, other times with vendors, still other discussions where with developers and managers. But the overall situation has always been that none of the people at the other side of the table had a full grasp of what developing API's in an organisation means, what it entails to manage them or what should be worried about when deciding to go API. I hope you enjoy reading these articles, and when you feel like it, comment on the articles. I always take serious comments serious and will reply to my best effort. 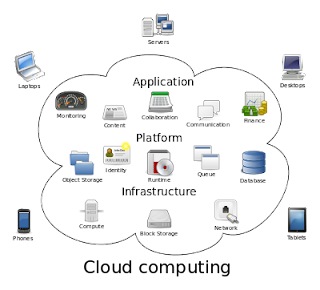 Finally, resources and templates, the bricks and mortar of the cloud. In the cloud you're typically dealing with resources. An infinite amount of resources, or at least that's how it feels. Everything in the cloud is, or should be a resource. Some are very basic like computing power, storage and networking. Others are more comprehensive like database, firewalls and message queues. And then there are a quite a few that are truly complex and very useful on a high level, for example directory services.

The cloud, being what it is, is like a normal infrastructure on which you host something that generates value for your business. Hence everything you need to run business applications in a traditional hosting environment, you also need in a cloud environment. Obviously there are significant differences between traditional hosting platforms and the cloud, but when you don't take too close a look, you're likely not to see these differences.
So in the cloud you also need to define systems, attach storage, put a firewall in front, put connectivity in place etc. You can do this by hand every time you need an application's infrastructure. Typically through a portal by clicking your way around and assemble the infrastructure. But more sophisticated and a way better practice, is to define the infrastructure in a text file, typically JSON for most cloud platforms, and use the cloud vendor's tooling to create the infrastructure based on this file. As such, the file becomes a template for a specific infrastructure setup you need. By providing a parameter-file you can externalize specifics of the infrastructure. For example the URL's to locate a web-service can be defined in this parameter-file to distinguish between an infrastructure intended for testing and the same infrastructure intended for production runs.

The particular template is called a resource template, it defines which resources are needed and how are they specified in order to run a business application.

One of these resources that you can use is an API manager, just like you can specify databases and virtual machines as resources. And here's your challenge.

The challenge is in that an API Manager consists of three parts;
Each of these have their own context and is used by a different group of 'users'. The real interesting part of the API Manager is the API Gateway as it is the component that exposes the API's you've been developing. This is your product. It is the resource that is part of your software. And the thing is; it can be shared or limited in scope to just the product you're developing.
Ideally you would have one gateway per product, because the gateway and particularly the API's it exposes, are part of your product and as your product evolves, the API's that come with it will evolve as well. And of course you would want a consistent life cycle across all components that relate to your product. Since the API gateway is just like any other resource in Azure, the above is perfectly doable. In fact, it is possible to include the API gateway as part of your product's resource template and when you provision the relevant infrastructure and deploy your product on it, the API gateway is provisioned as well. 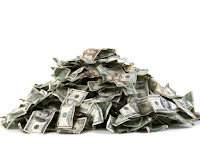 Pretty awesome, when you're willing to forget that the costs of an API gateway are pretty steep. We're talking about close to €2,5k / month. There's not really a price based on usage. Microsoft is really weird in that when it comes to pricing in the cloud. That whole pay-per-use is not really everywhere in their pricing schemes. I like Amazon better in that regard.

The point here is that you want to be able to have your API's evolve with your products and that you want teams to be as independent of each other as possible. But in addition you want your API's to be operated independent of each other. And this is important. In Azure, API's don't scale, it's the gateway that scales. And you want to be able to be smart about that. Especially when it comes to policies and usage tracking or rather generating value from API's being used. When a team is responsible for the success of its products and therefore the value that is being generated, it becomes obvious that that team would want to be able in control of what is affecting their success. 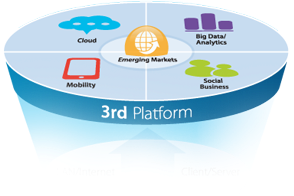 The alternative would be to work with an SRE approach, where you have a team that's responsible for your platform, including your cloud platform(s). This team would then realize the API gateway for the other teams as a service. The catch here is that this platform team decides where your API's are 'hosted', or rather whether or not you share the API gateway between teams or not. Unless your platform team is really committed and more importantly has a thorough understanding of what API's really are and I mean really understand this, I would advice against this approach. I would oppose it for the sole reason that your API's are the window into the soul of your organization. When the API is not performing well, your organization is not performing well. And especially when you're going API first, and thus build a platform, you're screwed without proper API management.

In case you do decide to go the platform team route, make sure that your processes are completely automated. Including the deployment of new API's as well as new versions of existing API's. My preposition here is that you'll be working agile as can be, deploy to production as soon as you're confident that your software is up to it. Meaning that new software needs most likely new (versions of) API's. Don't make the platform team a bottleneck, so make sure that you're working with them to deploy the changes API's consistently, repeatable and consistently. Better to abide by their rules then put your own in place. Drop the whole platform team approach when they're not providing a 100% automated deployment process for your API's.

Then there's the portals. The developer portal is a tricky one because it provides access to your API's from a developer perspective. You should be really nervous when you're nervous about potential unwanted developers nosing into your API registry. Because it means your security is way, way, way below par. Remember, API's are different from regular services in that they are build such that they make no assumptions as to who accesses them. And unless you've build them that way, you'll be in for some really serious security challenges. That said, there's no reason why not to have different portals for developers within your organisation and developers from outside your organisation. And have API's exposed only to internal teams and publicly exposed API's. Just make sure that this is an exposure aspect and not, I repeat, not an API implementation aspect.
So develop API's as if they're possible accessed by just anybody and their mother. Expose API's to a subset of this group.

Then there's the operational aspect of your API captured in the publisher portal. Here you should take an approach that only the team responsible for an API should have access to the API from a management perspective in an operational environment. In other words, access to an API's policies is for the team that 'owns' the API only. You'll need to take care of that. period.

This concludes my series on API Management using Microsoft's solution. I hope you did enjoy it.

Thanks once again for reading my blog. Please don't be reluctant to Tweet about it, put a link on Facebook or recommend this blog to your network on LinkedIn. Heck, send the link to my blog to all your Whatsapp friends and everybody in your contactlist.But if you really want to show your appreciation, drop a comment with your opinion on the topic, your experiences or anything else that is relevant.